There are about a million things going on right now...I'm taking a little break from tea-staining and spray painting everything in sight to do a little blogging. I'm looking forward to posting the bathroom reveal soon (it's looking sooo good!) but for now I thought I'd give you a little glimpse of what taking down the walls looks like. The bathroom wasn't the only place we rearranged the blueprints, a couple of bearing walls also made their exit from our kitchen space...

Moral of the story? There was a lot of demolition.

Seriously. If you've never had the pleasure of taking a hammer or sledgehammer and just going to town with full permission to smash stuff, you haven't lived.

Our house was built in the 40's, which meant that horsehair plaster and lath (and a couple of really cool newspaper clippings about WWII!) was waiting for us underneath the wallpaper and paint.  That required taking the back of the hammer and digging in. It was really so much fun.

Here are a couple of pictures of our process of destruction. 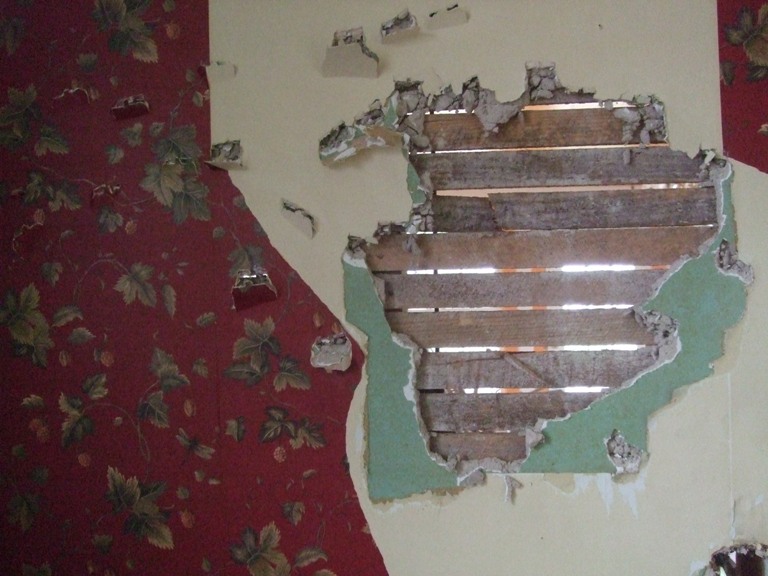 That's a little glimpse of the layers. Isn't that kind of cool? It's like looking back through the years...you know? Different families, different people made these choices to decorate in this way.  I feel pretty good about the fact that the original homeowners featured the same green in their kitchen that we'd like to feature. 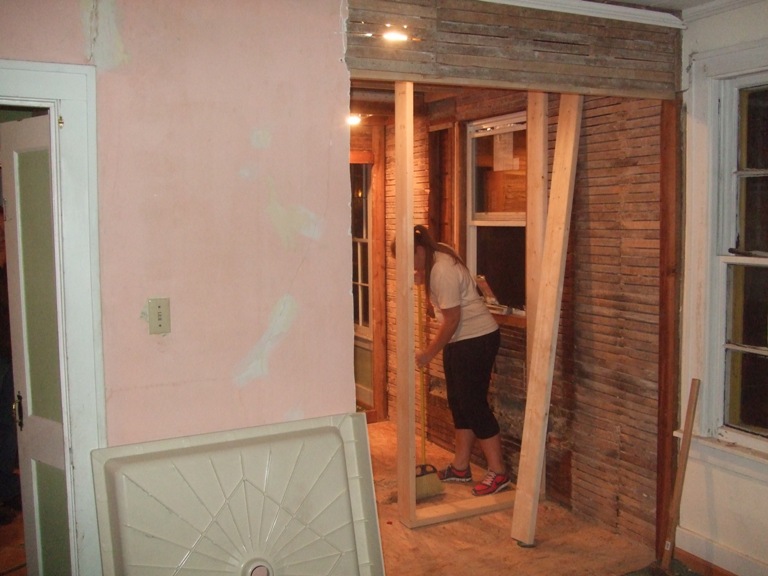 This is the view from the master bedroom looking into our bathroom.  All those little strips of wood are called lath, it's what they used to support the wet plaster.  We tore through most of it...but were able to save enough whole strips that they just might be revived into something else. Look for them to pop up again. ;)

That big hole has now been framed in, and only the space for our doorway remains. Here's what it looked like before, plus wallpaper: 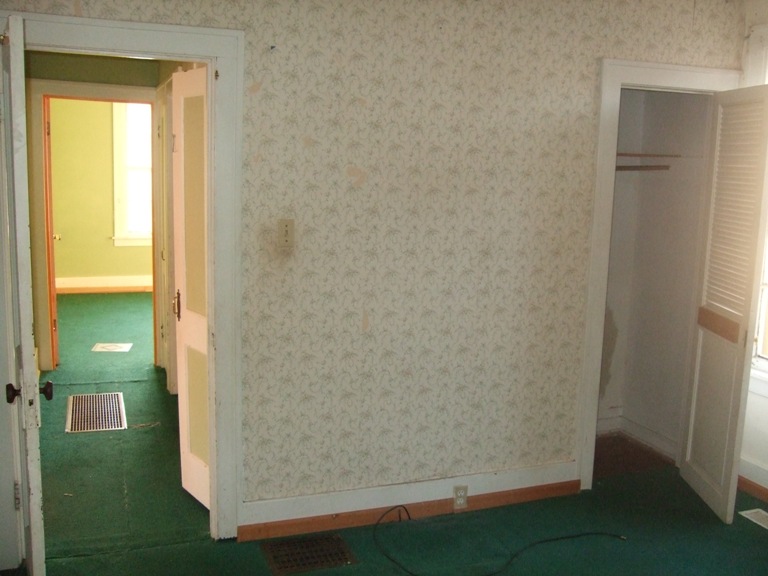 Bam. That wall has been smacked down.

I can't really think of what else to say of these next pictures. Except: Boom! House, you've been rocked.

(Some of them were able to be paired with their respective "Before" pictures. I labeled their matches as "During" because, let's face it...this should not be the "After.") 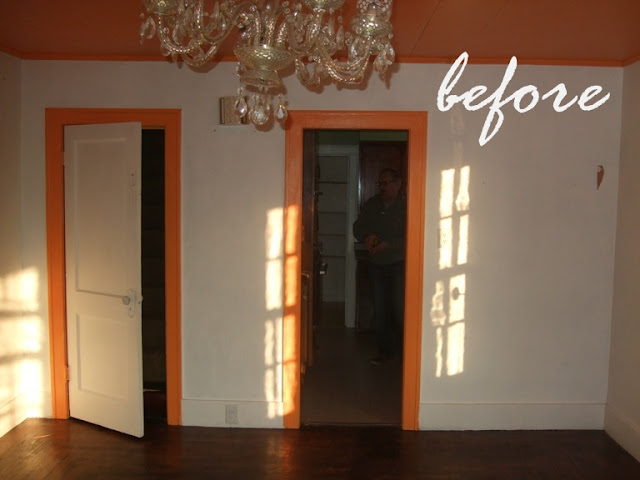 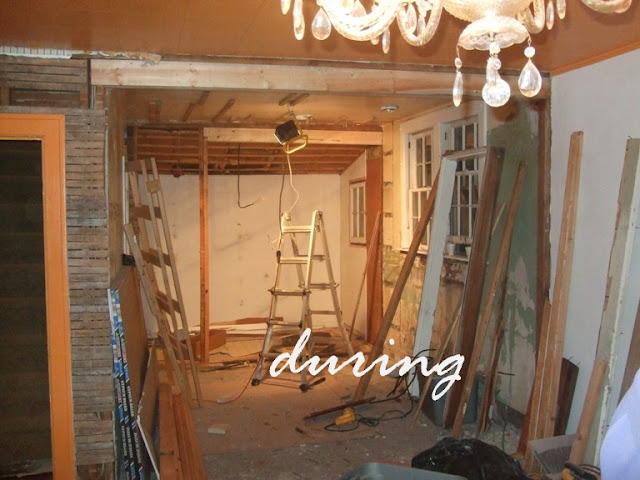 From the living room toward the kitchen. 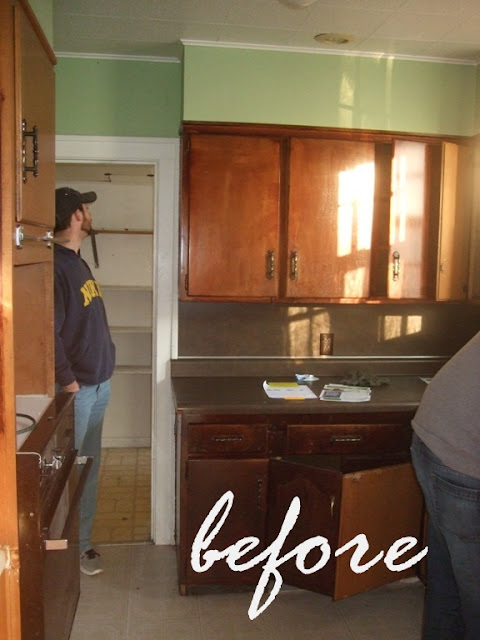 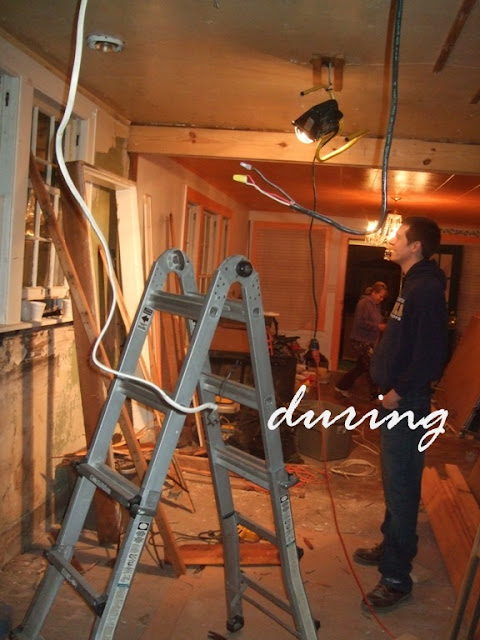 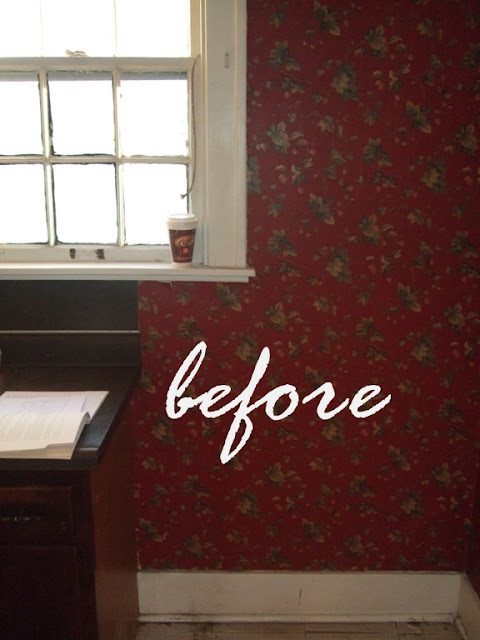 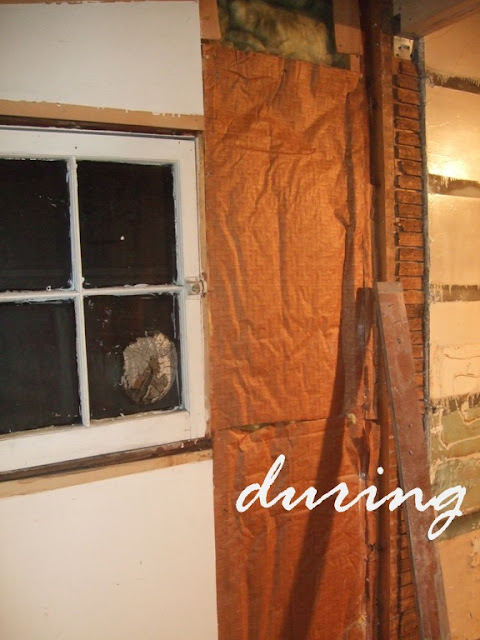 A little more inside the kitchen. 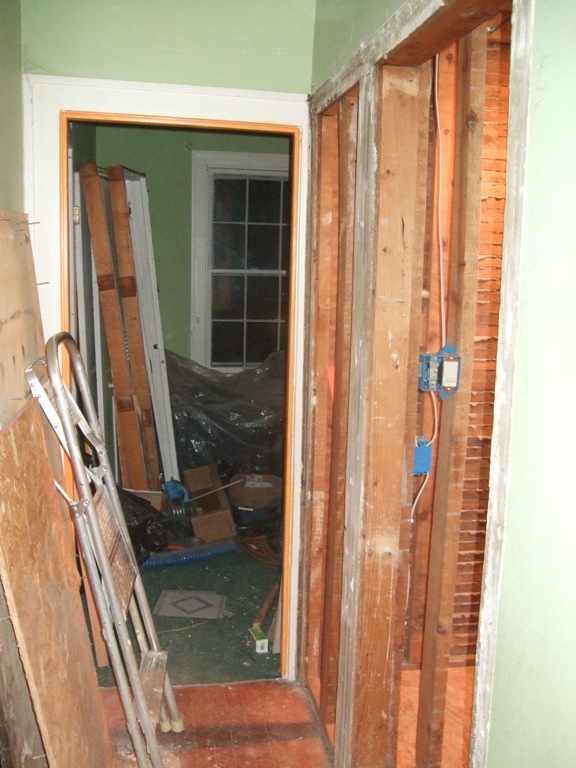 Aaaaand that's pretty much the state of the house right now. Construction zone. Which is great. :)

Now, don't you wish you'd been there to smash stuff with us?


Happy Friday!
Posted by Jessica Marie at 10:54 AM