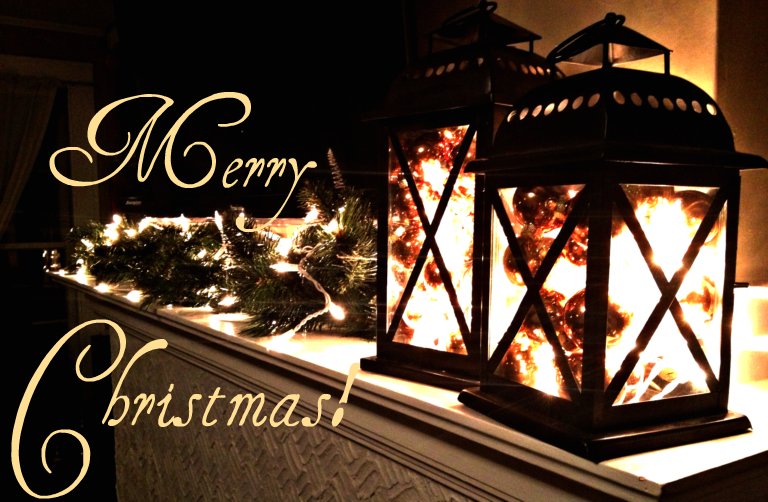 If you do not already know this, know it now: I love Christmas. It is my favorite holiday. I have unashamedly been listening to Christmas music since just after Halloween. (No, I do not hate Thanksgiving.  I sing "Happy Holidays" with gusto on that day, and pass the Turkey with joy.)

Even more specifically, I love decorating for Christmas.
When we were growing up, my family always made a big to-do over Christmas decorating.  We were usually traveling for Christmas, and so never really had a lot of changes to do that whole special-Christmas-morning-as-a-family-thing.  (Santa made special trips to our house--two weeks early or so--so that we could open them at home and not have to haul them from afar. He's nice like that.)  I'm not sure if that's why my parents made our tree-trimming such an ordeal, but I do think it played a part in my fondness of the event.  We always have egg-nog in fancy glasses and a chip dip that is festive if for no other reason than that it is only served at the tree-trimming party.  We listen to Christmas music and (of course) everyone sings. And dances. 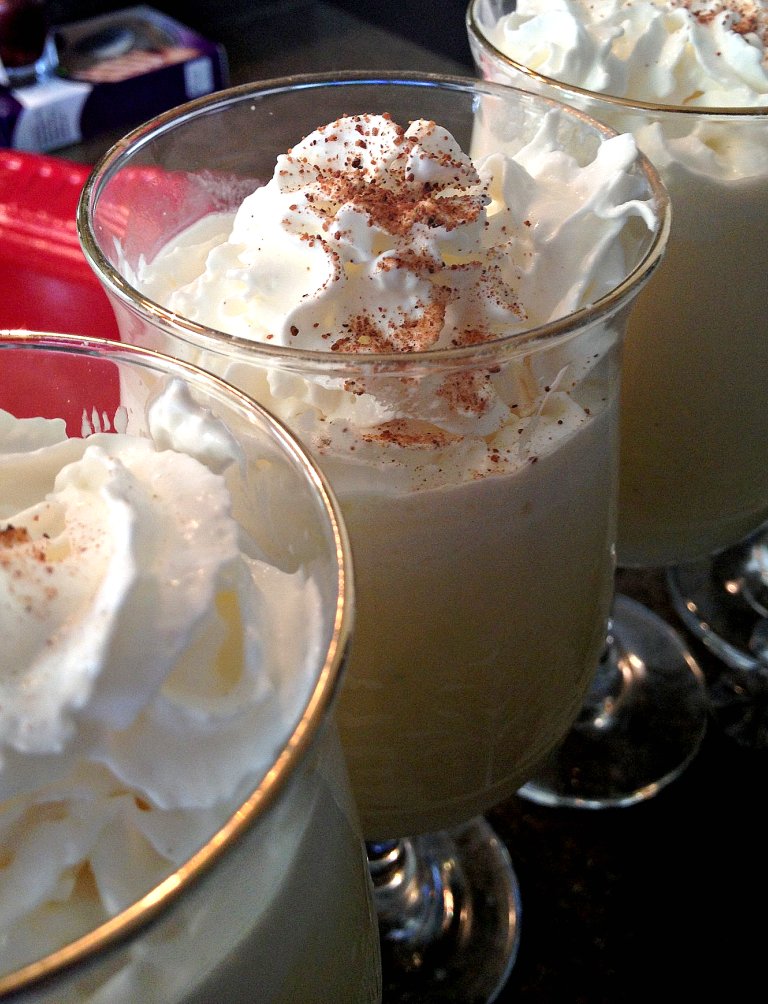 Decorating this year was equally, if not more, special...even though it wasn't exactly the same.  I suppose a new family calls for new traditions, so instead of egg nog, Dan and I had hot chocolate.

I know. We really switched it up, got crazy.

I won't show you the tree just now, but would you like a looksie at the mantle? It is incredibly dear to me, because it includes several things that I had to make myself.

Dan and I did some post-Christmas shopping for some "seasonal" belongings last year...we got a tree and some ornaments and whatnot.  However, we weren't thinking through every step of the season, so when we got out our decorations this year there were some holes. We had no stockings. And we had no stocking holders. After a little DIY time, though... 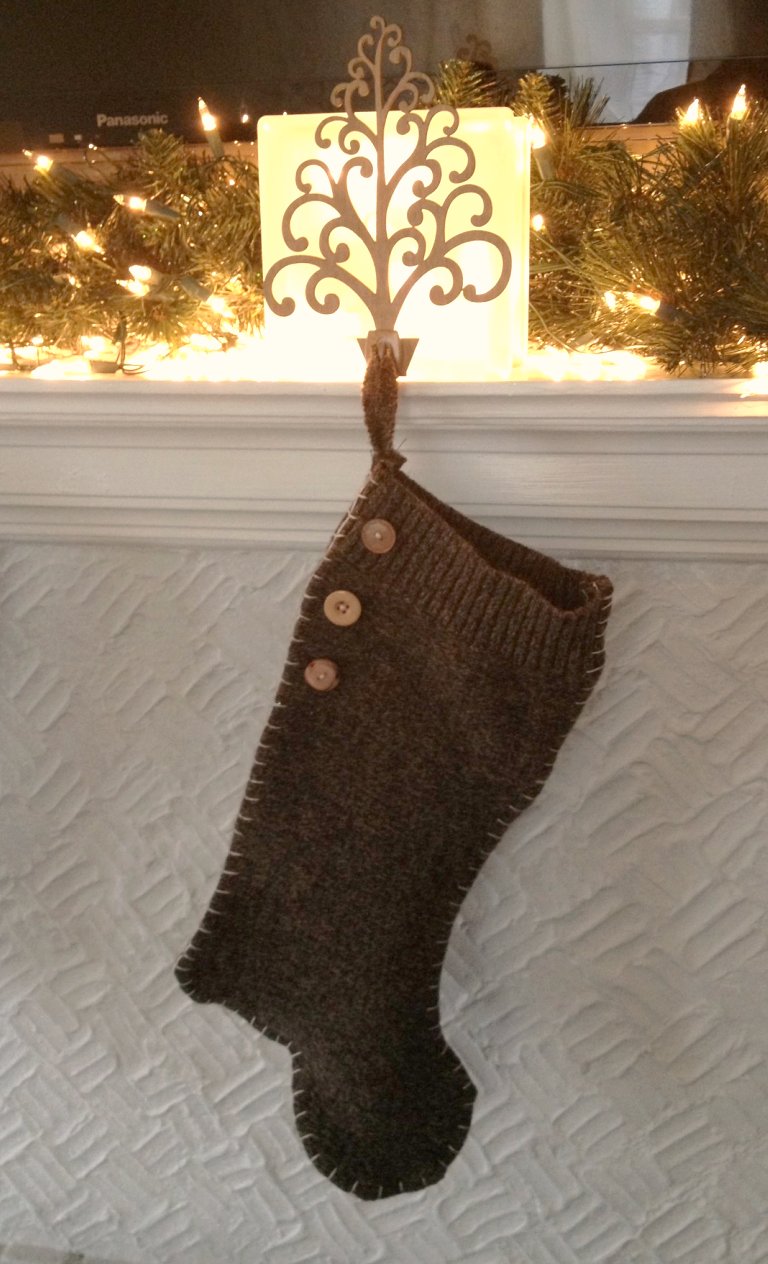 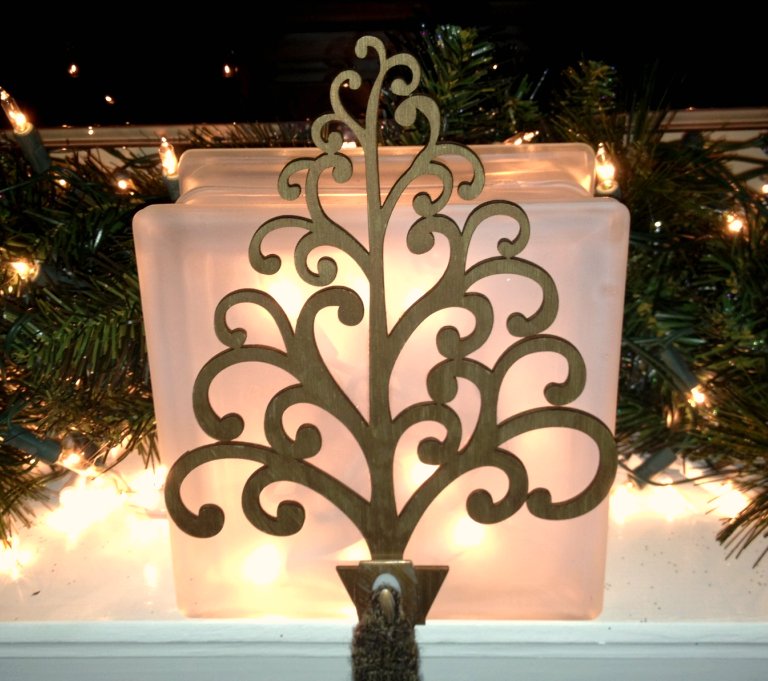 I'll come back with some more posts on how these came together, but I thought they deserved some up-close and personal attention.

When the whole mantle comes together (with some glittery garland from my husband's boss's wife) it looks something like this. 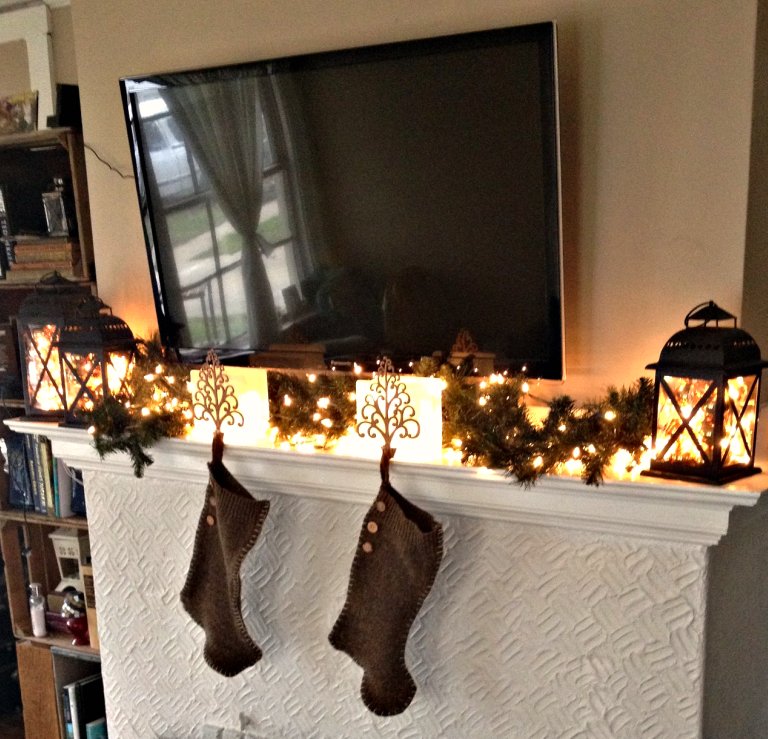 Again...the pictures are awful. They just don't do the warmth and happiness of the mantle any due justice. Nonetheless, here's the upright view: 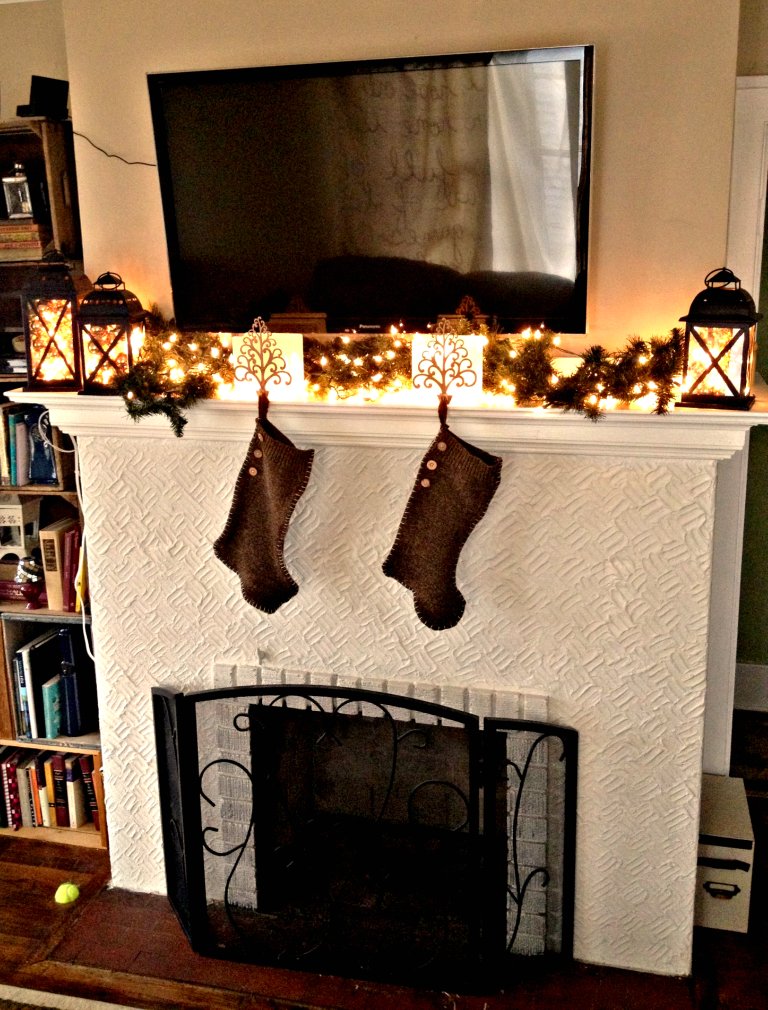 And that's the rest of the story. I hope you like it, and more importantly--I hope you got in some holly jolly decorating as well! And maybe some egg nog.

Posted by Jessica Marie at 4:27 PM