His strength in my weakness

"The choice to become parents is a choice to be burden-bearers. Motherhood can change a giddy girl into a sober woman very quickly.
It means being willing to give up a good many hobbies and pastimes, the guarantee of an unbroken night's sleep, the ease of coming and going when you please.
It means a willingness to change a diaper, take out the garbage, read a bedtime story, lug the potty chair and the playpen and the car seat all over the place. It means using a whole lot of skills you haven't got, and not using the ones you know you've got."
-Elisabeth Elliot 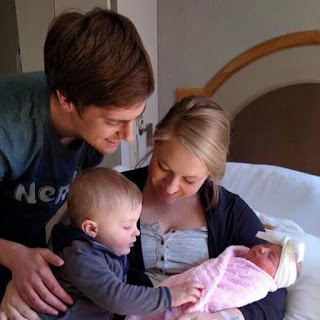 A year or two ago, I came across the Facebook status of an acquaintance in which she explained why she wouldn't be having children, one of her reasons being that she considered it, in every way, a selfish pursuit. It amazed me...never in my life had parenthood struck me as selfish, not before or after having kids. Selfish. Selfish?

To become a wife and mother meant, for me, saying goodbye to the professionalism and success that I had always assumed would grace my life. I met my would-be husband just before I started my senior year of college; he already had a good job and was laying down roots, and I knew that if I dated him, I would marry him. I also knew that if I married him, that would mean moving back to Michigan, back to family, back to small towns...back to an area that boasted lots of beautiful lakes and green countryside, but little to no opportunities for someone wanting to go into publishing and be an editor. I knew it would mean becoming a housewife, and probably a mom, if my body allowed it. I knew I would have a great marriage, and hopefully an incredible family...but no career.

I had to make a decision, because it was my senior year and I had to figure out where I was going once I graduated. I did my best to wander down the "Have it all!" road, trying to manipulate a scenario in which I could pursue my career goals from my small town, but nothing truly viable came of it. So I considered my options, and decided that while I would do well professionally, I probably wouldn't do so well that it was world-changing or historic. I would be one of many moderately successful professionals. If I married Dan, however...I had a chance at greatness, at the kind of marriage that was unbelievably blissful, that was glorious in simple things, and tireless in looking for love.

(I know I'm speaking about myself rather confidently, and that there was the potential for disaster in either domestic or professional life, but I was working as best-case a scenario as I thought likely. By the way, though, I was right about Dan. The luckiest.)

I thought about my deathbed—morbid as that may seem—about who I wanted to be at the end of my life. In those terms, it was easy: I wanted to be more than a former employee, I wanted the epic of my life to be recorded on a marriage license and birth certificates. I wanted Dan, and everything that came with him. 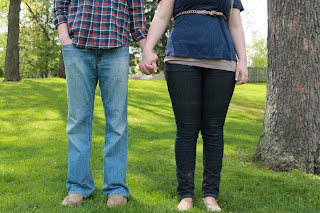 Maybe that was selfish...probably. I was definitely picking what I think is the better of two options, so yes, I suppose that's selfish.

In the same moment, though, I knew I was forfeiting the other life. I was saying goodbye to the pride and sense of accomplishment that I might enjoy at a class reunion or during that initial conversation upon meeting someone when they ask, "So what do you do?"

The thing is, though, I thought I'd be better at the domestic life. Even though it wouldn't be qualified by a paycheck and a title, I assumed I would just be killing this whole housewife and motherhood gig...but I'm really not. My house is generally a disaster, my health is all over the place, and the kids....

We've had a long summer. A lot of time where it was just the three of us, just me and the kids and the long, long summer. A lot of moments for me to be reminded just how lacking I am in the gifts that grace so many nursery workers and preschool teachers. I have friends and relatives that are so good with my kids that my jaw has actually dropped upon observing it. I've found myself wishing I could just be something else, someone else, just for my kids. I wish they could benefit from my natural talents, and not need so much from that which comes so awkwardly to me. But, alas, they often tell me to stop singing, and couldn't care less about the number of subjects on which I could wax eloquent and intelligent.

I'm sure this sounds heavy, but writing this has brought me to a place of such gratitude. I am so thankful that I do not live a life where I can trick myself into feeling self-satisfied...like I'm really pulling it off because I'm just so awesome. This life keeps me humble, but not humiliated, which keeps me in love, which keeps me in truth. I'm so grateful that His strength is made perfect in my weakness. I'm so thankful.

If the only blessing of children were that they gave me a better and closer understanding of God, it would be more than enough. But...because He is so good, that's only the tip of the blessing iceberg.

Maybe it's selfish, after all.
Posted by Jessica Marie at 3:22 PM