We have been super busy the last two weeks trying to get everything in the kitchen "done enough" so that we can put our appliances in next Thursday. That means going from bare drywall and subfloor to a mudded, sanded, painted, trimmed, cabinet-ed, floored space...in very little time. Dah.

I say all that as an explanation for this post, which will be really easy and quick on my part.


I'm just going to brag a little.
Because I am a champ.
A DIY champ.

August holds a very special day...Dan's birthday.  I felt a fair amount of pressure coming up to it because, as it was his first birthday with a wife, it seemed to me that I was entirely responsible for making it awesome.  I started scheming about it before we got married, making elaborate plans and whatnot...only to have those plans collapse on themselves two weeks before his birthday. Ah well. That's the way it goes.

I was greatly comforted by the fact that I would still be able to give him an awesome birthday gift that he would love: a corn hole set. 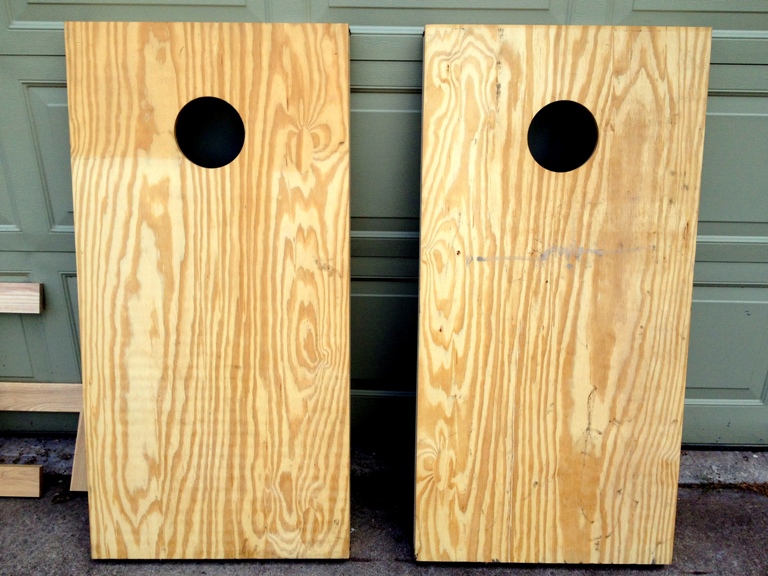 If you don't know what corn hole is...that means you probably don't live in the Midwest, and that's fine.  It's basically like a bean bag toss, except that the bags are filled with feed corn instead of beans, and it is played by grown men at tailgating parties instead of children at carnivals.  It's really quite fun.

I actually planned this birthday gift for him waaaaaaay back last November...before we were even engaged. Hours before we were engaged, in fact.  I was with my family in Atlanta and my cousins pulled out a corn hole set that one of them had given to her husband as a gift.  Right then and there, I decided I would make one for Dan. 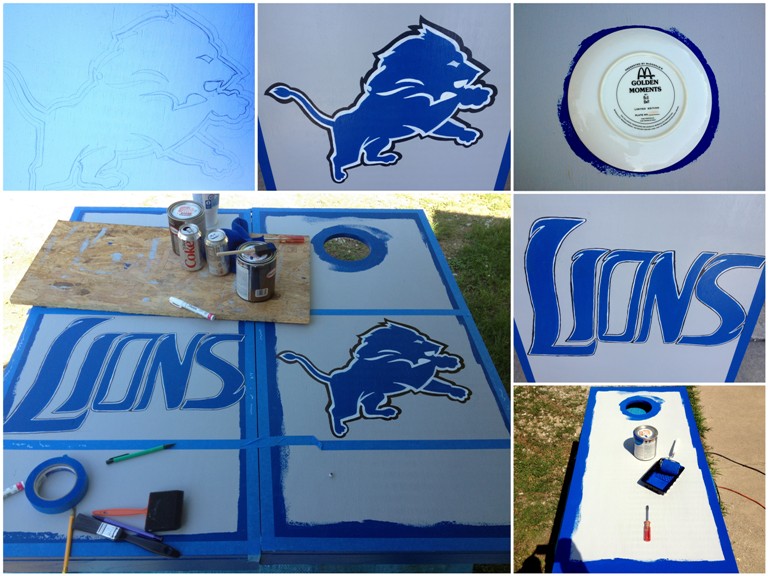 And I love it.

And he loves it. 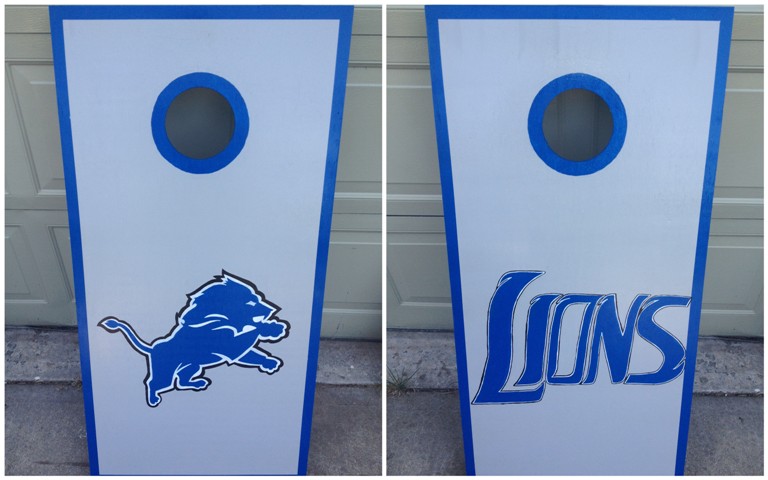 I am as proud of these as I have ever been of anything in my life, ever.  If I have a child who wins a Nobel Prize I might be more proud someday but...it would be a close race. I didn't really put them together myself, but the painting? Oh yeah. All me, and no, I did not use stencils. With the board that says "Lions," that probably doesn't surprise you...but the picture of the lion? Really, I am so so so so proud. And grateful that my hand did not fall off when I was painting it. That would have been awkward...

Do you want another close-up of the lion? Okay. 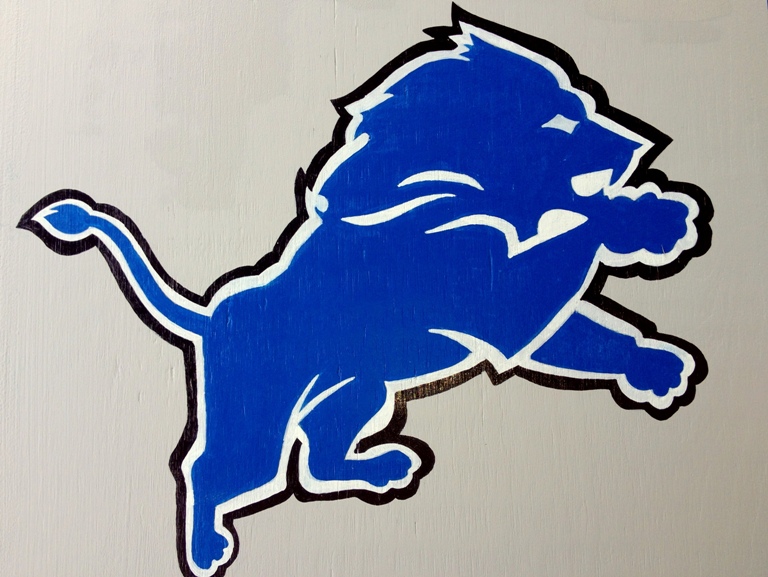 Have you done anything lately that you'd like to brag about? I feel that I've had my say, so if you want to jump on the bragwagon, by all means, be my guest. Have a lovely day.
Posted by Jessica Marie at 11:19 AM